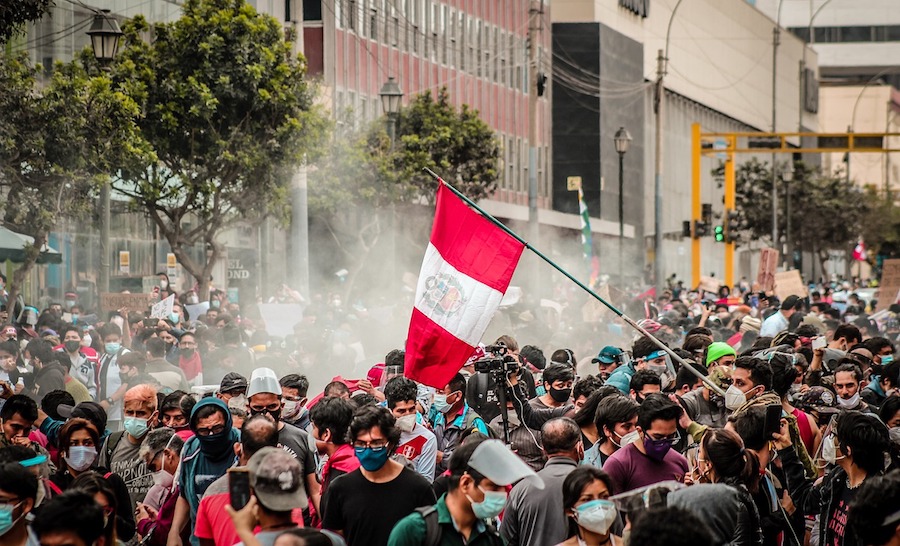 A rising wave of anti-mining protest in Peru, which has paralyzed several operations in the world’s second-largest copper producing country over the last few months is already affecting investors’ perceptions, authorities warned Tuesday.

Julio Velarde, Peru’s central bank president, said the country’s image as a safe investment destination is at stake. Swearing-in as the bank’s leader for five years, Velarde said the use of violence was unjustifiable and supported industry calls to authorities to “re-establish order”, local paper Gestión reports.

otests by locals who believe mining companies have not lived up to their commitments to support nearby communities have grown since President Pedro Castillo took office in July.

They have interrupted key operations, including MMG’s Las Bambas, Glencore’s Antapaccay and Antamina copper-zinc mine, the country’s largest producer of the red metal.

The country’s national society of mining, oil and energy, an industry body, said many protesters demand measures to restrict mining in the headwaters of a basin, ignoring that such areas are already protected by the water resources law.

"We see an intolerable violation of the state of law that puts the lives of workers and the population at great risk, as well as well as to public and private property,”  Peru's national society of mining, oil and energy, an industry body, said on Monday.

Community opposition among Peru’s Andean communities is strong and well-organized. In 2016, they forced Newmont (NYSE:NEM) to abandon its $5 billion copper-gold Conga project.

The company is expected to make a decision investment in another project, Yanacocha in the northern Cajamarca region, before year-end.

Social unrest in Peru’s mining areas deepens global concerns around a looming deficit of copper. According to estimates from CRU Group, the copper industry needs to spend more than $100 billion to close what could be an annual shortage of 4.7 million tonnes by 2030.

What happened to the London Metal Exchange’s copper inventories earlier this month illustrates how tight the market can become.

The LME was caught off guard by a sudden emptying of available copper in its warehouses, which drove inventory levels to their lowest since 1974. Over the past two months, freely available inventories have shrunk by more than 90% in LME-monitored warehouses as orders surged.

Used in everything from construction materials to batteries and engines, copper is both an economic bellwether and a key ingredient in the push toward renewable energies and electric vehicles. If producers fail to address the deficit, prices will keep rising and present a challenge to the world leaders, who are counting on a worldwide energy transition to fight climate change.