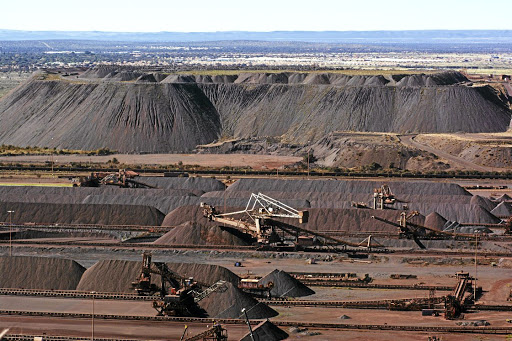 A slowdown in China's manufacturing sector is casting an ever larger shadow over the copper market.

The country's official purchasing managers index (PMI) was 49.2 in October, down from 49.6 in September and the second straight month of contraction. Environmental curbs, energy rationing and higher raw material prices are combining as a powerful brake on activity.

"Metals can't ignore China slowdown for much longer" was the title of a November 1 research note from Capital Economics and one that captures a growing sense of unease about copper's price outlook as demand in the world’s biggest user cools.

Funds, however, show no inclination of shorting copper just yet. And who can blame them given the continued low exchange stocks and extreme spread tightness in the London market?

October’s turbulence, which saw the London Metal Exchange (LME) three-month copper price spike to $10,452.50 a tonne, sucked fund money in on the long side.

Money managers lifted outright long positioning on the CME copper market to a five-month high of 82,538 contracts in tandem with the price move.

That collective bull bet had retreated to 77,317 contracts in the most recent Commitments of Traders (COT) report, but was still surprisingly elevated given the price had already collapsed below the $10,000 level.

The report captures positioning at the close of business on October 26 and it is quite possible there was a further reduction in bull positions over the back end of the week.

LME broker Marex, for example, notes heavy fund selling into the close of the month and estimates the net fund long in the London market slumped from 8% of open interest on October 20 to just 1% on Friday.

What really stands out, however, is the absence of any fresh short positioning despite copper dropping back to $9,500 a tonne and the darkening macroeconomic outlook.

Outright short positions on the CME contract now total just 29,721 contracts, slightly lower than at the start of October.

Fund managers seem happy to adjust their long positioning as the price gyrates but remain loath to go short.

What is deterring them is the wild backwardation still raging in the London market.

The LME's October 19 intervention in the copper market has restored a semblance of order to the shortest-dated time-spreads, as intended.

But the benchmark cash-to-three-months spread remains extremely backwardated. The cash premium at Monday’s close was $438 a tonne, which until October’s chaos would have been the widest this century.

The underlying problem remains chronically low exchange stocks. The eye-watering premium for physical delivery has enticed metal into LME warehouses, but total arrivals of 21,075 tonnes since the middle of October have been underwhelming.

The South Korean port of Busan has received 7,700 tonnes, with the balance spread across seven locations in Europe, Asia and the US. Absent is the sort of heavy volumes that might have been expected with such a historically high premium for exchange delivery.

What has arrived in the last couple of weeks has not offset the daily departures, with the headline LME stocks figure sliding to 123,925 tonnes, the lowest since the first day of June.

More significantly for short-position holders, the amount of available tonnage in the LME warehouse system has rebuilt only marginally from October’s multi-decade low of 14,150 tonnes to 31,675 tonnes.

That is a long way from any sort of comfort zone, which is why the front part of the forward curve may be orderly in the LME’s regulatory sense of the word but is still highly turbulent.

Too turbulent, it appears, for macroeconomic bears to dare express their views.

Copper has been caught between a deteriorating macroeconomic outlook and the strength of its own micro dynamics for several months.

The nature of the raid on LME stocks — huge cancellations of available tonnage over the first half of October — remains controversial.

But it is worth noting that global exchange stocks, comprising those in LME, CME and Shanghai Futures Exchange warehouses, have fallen for the past two months.

The Yangshan copper premium, a closely watched indicator of China’s import demand, has fallen sharply from its October peak of $140 a tonne to $89, but that is still much higher than the June trough of $21, suggesting continued supply-chain tightness within the Chinese market.

Combined with the conspicuous absence of any large arrivals in the LME system despite the roaring backwardation, the market’s fundamental optics still look bullish.