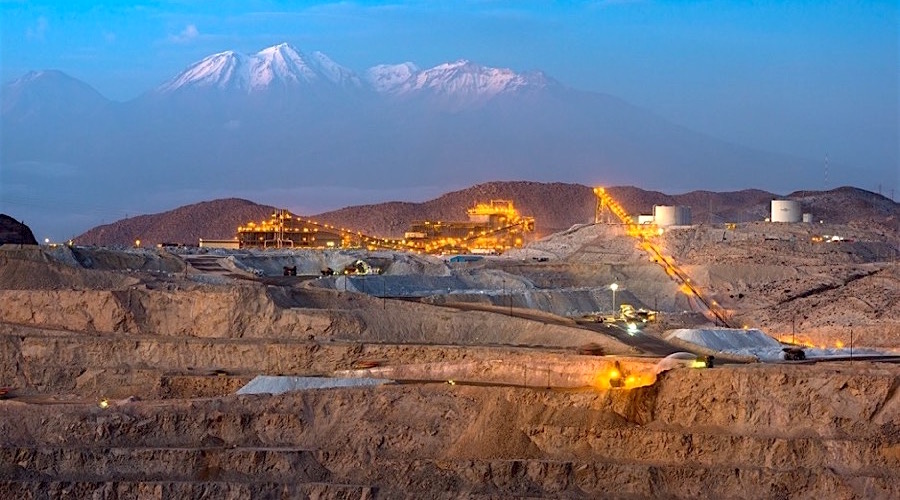 Freeport-McMoRan Inc. produced less copper than expected last quarter from its mines in the Americas, adding to concerns over a drum-tight global market that’s seen prices surge back toward record levels. The stock fell.

The world’s largest publicly traded copper miner produced 987 million pounds of the metal in the third quarter, Freeport said Thursday in a statement, with the output falling short of the 1 billion pound average estimate of analysts tracked by Bloomberg. The production miss was led by lower-than-expected output in its mines in South America and North America. Freeport’s statement didn’t provide information indicating why output was below market expectations.

Freeport shares fell 3.6% to $37.55 at 9:32 a.m. trading in New York, the biggest intraday decline in a month. The stock has more than doubled in the past year in one of the best performances among copper suppliers tracked by Bloomberg Intelligence.

Freeport’s production miss comes as the company posted quarterly profit that topped analysts’ estimates, with higher copper prices helping lift revenue and operating income well above levels seen in the same quarter a year earlier. The Phoenix-based miner expects annual copper sales to reach about 3.8 billion pounds for this year, after posting sales of 1.03 billion pounds between July and September.

"The outlook for the copper market is extraordinarily positive,” Chief Executive Officer Richard C. Adkerson said in the statement. 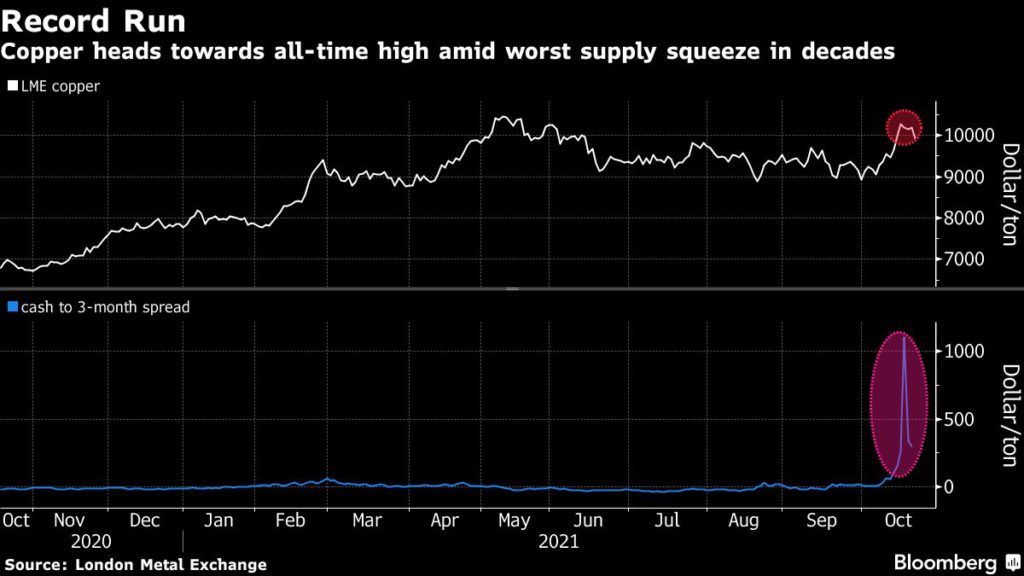 Higher copper prices and production have Freeport on track for record earnings before items this year and next, allowing the company to reduce debt and increase both shareholder returns and investments. Adjusted earnings were 89 cents a share, beating the average estimate of 82 cents.

Freeport's results will be of particular interest to traders navigating wild swings in copper prices after available stocks in London Metal Exchange warehouses hit the lowest since 1974. The market is banking on Freeport ramping up underground production in Indonesia and getting back to pre-Covid levels in Peru. Freeport said underground progress at its flagship Grasberg mine continues to advance on schedule.

Copper’s immediate prospects are supported by low inventories, while the shift to low-carbon energy sources paints a rosy picture for the longer term. But global shipping bottlenecks and energy shortages in China and Europe are dimming the demand outlook heading into next year.

Efforts to conserve power and limit emissions in China are also a double-edged sword for mining companies, with higher smelting fees eroding the windfall. Rising costs are seen as one of the few headwinds to earnings growth. Freeport’s net copper cash costs stood at $1.24 per pound in the third quarter, below the average analyst estimate of $1.30 a pound.

Freeport has scheduled an earnings call for 10 a.m. New York time, in which Adkerson and executives will likely comment on the recent run-up in copper prices and inventory draw-down as well as the near-term outlook for demand. The CEO may also be asked about Freeport’s latest thinking on future growth projects in the face of supply deficits created by the shift away from fossil fuels.