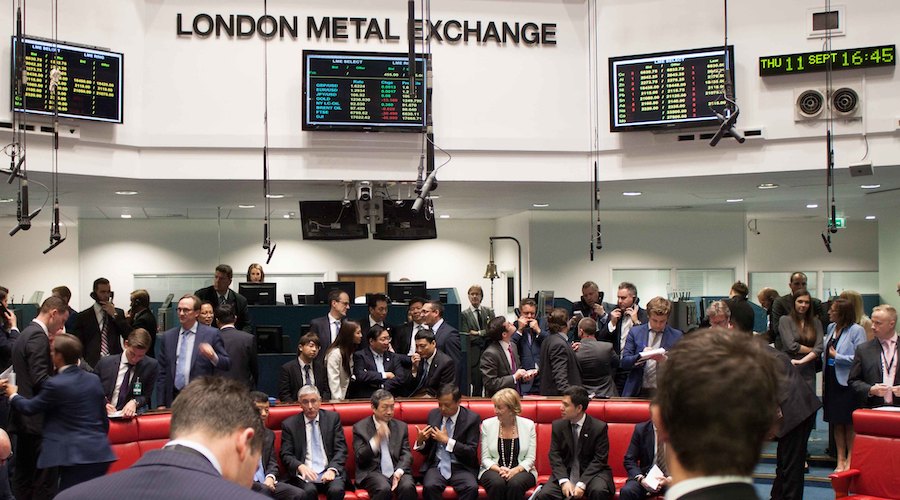 The wild moves in the copper market this week have sent traders into the history books. As inventories on the London Metal Exchange dropped to the lowest in decades, the price of contracts for immediate delivery surged to a record premium of more than $1,000 a ton to contracts for delivery in three months — the hallmark of a supply squeeze. The exchange has responded by launching an inquiry and imposing emergency rules.

While there’s been no suggestion of wrongdoing in this month’s squeeze, the LME has a rich history of wild price moves when markets are over- or undersupplied. In fact, it’s a heritage as old as the exchange itself.

One of the first corners on the LME began in 1887, only a decade after the exchange was founded. It was led by Pierre Secretan, the head of France’s largest brass manufacturer, the Societe Industrielle et Commerciale des Metaux, who formed a syndicate with the intent of cornering the copper market. He bought up stocks of metal and struck contracts with all the world’s major copper mines, ending up controlling 80% of the world’s supply. Prices more than doubled. But high prices caused production to increase, and Secretan could no longer finance the huge volumes of copper he needed to buy to keep the price at its inflated levels. Copper prices collapsed, triggering disastrous losses for Secretan and his bankers.

In 1985, the LME faced a crisis of a different sort: an oversupply of metal. Under an agreement involving 22 countries, the International Tin Council bought and sold tin on the LME with a view to maintaining stable prices. But on the morning of Oct. 24, 1985, the ITC collapsed: it could no longer keep propping up prices, and it defaulted under the weight of its obligations. The LME suspended tin trading amid warnings of “Armageddon” on the market. It only resumed four years later, in 1989.

Beginning in 1991, Marc Rich + Co attempted to corner the zinc market. Together with two large zinc producers, the trading house bought up more than 90% of LME stocks of zinc and succeeded in pushing the price to a two-year high. But then the LME intervened, putting a limit on the backwardation and allowing anyone with a short position to defer delivery. It wasn’t long before prices started falling. Marc Rich + Co ended up losing $172 million, in a crisis that precipitated Rich’s exit from the company that he had founded (and which subsequently became Glencore Plc).

For much of the 1990s, Yasuo Hamanaka, a trader at Japan’s Sumitomo Corp., was known as “Mr. 5 Percent” for his supposed share of the world’s copper market. He built up huge positions on the LME, driving prices higher. But his apparent mastery of the market began to unravel as prices fell in 1996. When the full extent of his trades became clear, it was revealed that he was hiding losses of more than $2 billion in what Sumitomo said were unauthorized trades. Hamanaka was sentenced to eight years in prison. The LME responded with a drastic rule change in an attempt to avert future market corners: it introduced “lending guidance”, forcing any trader with a large position to lend it to other market participants.

The LME intervened in the nickel market in August 2006 after stocks fell to the lowest in decades and prices hit record highs. This time there was no one trader responsible for the move, which was instead the result of a combination of strong demand from China and a strike at a major mine in Canada. The LME responded by imposing a cap on the backwardation in nickel prices. “These are exceptional circumstances,” then LME Chief Executive Simon Heale told Bloomberg at the time. “It's an incredibly tight market.”