BEIJING, Jan 18 (Reuters) – China’s copper exports rose to an annual record in 2021, according to customs data on Tuesday, as higher international prices during some months last year encouraged traders to ship metals overseas.

For the month of December, exports of unwrought copper and copper products stood at 78,512 tonnes, the General Administration of Customs said. That was down 3.9% from 81,735 tonnes in November, but up 13.9% year-on-year.

China, the world’s top copper consumer and importer, rarely exports large volumes of the metal. But a jump in London Metal Exchange (LME) copper prices in May last year to record highs of $10,747.50 per tonne incentivised exports from the country.

"There were some periods last year when the SHFE-LME arbitrage was negative, incentivising some producers to export,” said Lang, referring to the price spread between copper prices on LME and the Shanghai Futures Exchange.

In comparison, China's copper imports for the full year stood at 5.53 million tonnes in 2021, down from the previous year’s record import volumes, according to customs data released on Jan. 14. 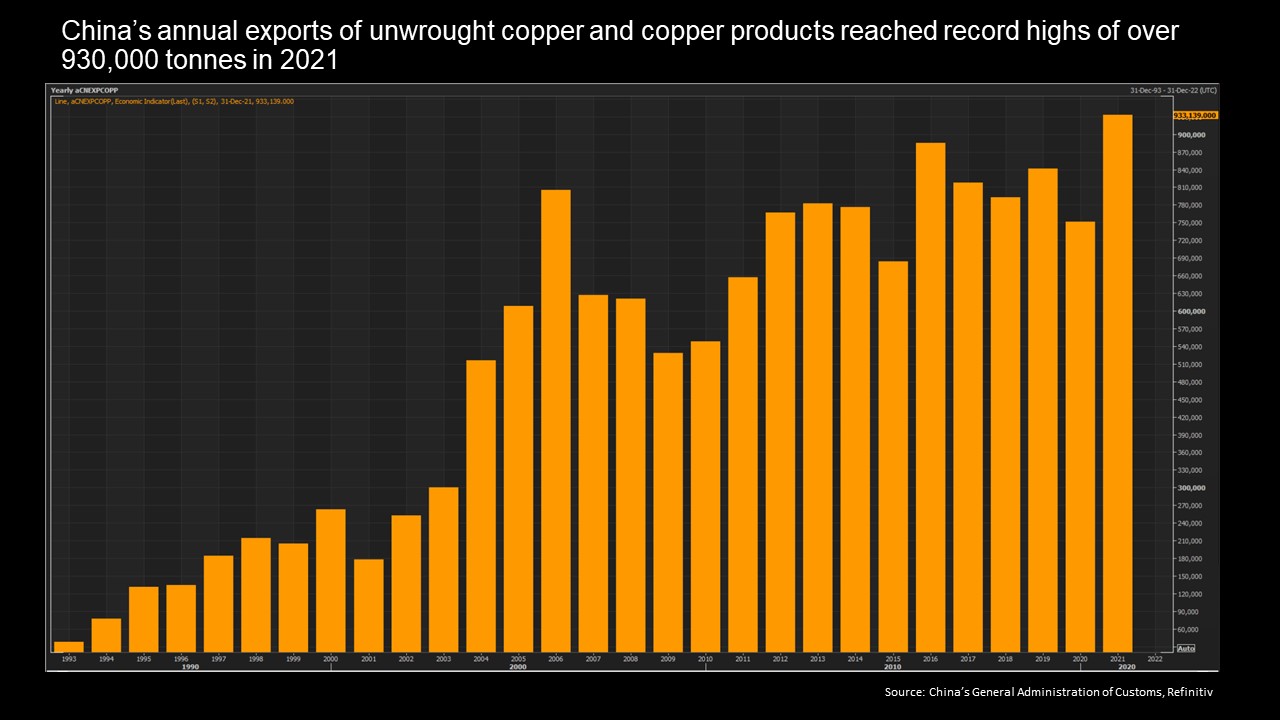