Shares in copper and base metals-producing miners reflected the slide. BHP Group fell 3.1%, Glencore plc was down 6.5%, Freeport-McMoRan dropped 5.4%, and Southern Copper was down 3.6%. First Quantum Minerals fell 9.4% on the day.

Copper has long been considered a bellwether of the global economy’s financial health. The metal is a common component in most electrical wiring, power generation, transmission, distribution, and circuitry because of its high conductivity and durability. 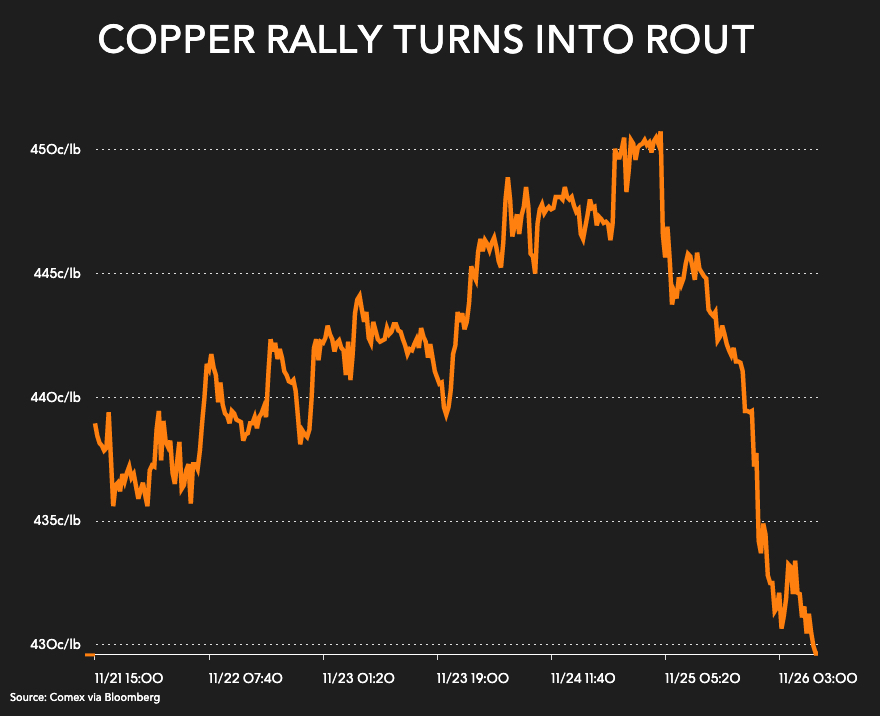 It is also key in the transition to a greener economy due to its use in battery storage, EV charging stations and related grid infrastructure.

"Copper is still very tight, due to low stocks on LME and supply has not completely recovered and so prices could hold up fairly well even if economic growth slows," said Amelia Fu, Head of Commodity Market Strategy at Bank of China International.

RELATED: This chart shows copper price could dive 28% going into 2022 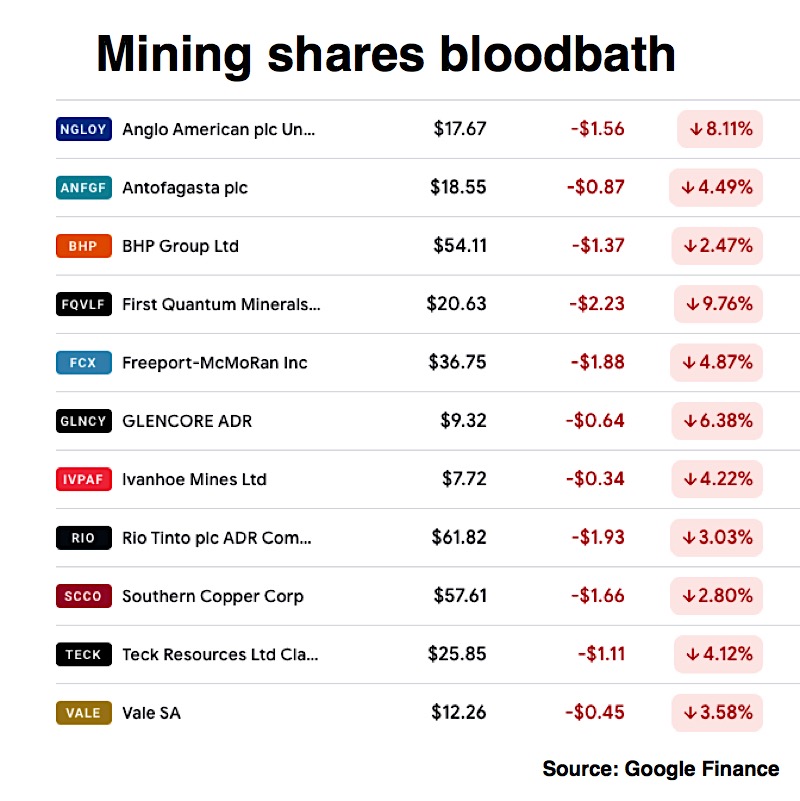 The downward moves came after WHO officials on Thursday warned of a new covid-19 variant detected in South Africa. The B.1.1.529 variant, its scientific name, reportedly contains more mutations to the spike protein, the component of the virus that binds to cells, than the highly contagious Delta variant. Because of these mutations, scientists fear it could have increased resistance to vaccines, though WHO said further investigation is needed.

Within hours, the United Kingdom, Israel and Singapore had restricted travel from South Africa and some neighboring countries. Officials in Australia and in New Zealand said that they were monitoring the new variant closely.

Asian markets were all down on Friday morning in response to the discovery. European markets followed suit after the European Commission announced that restricting air travel to the bloc from southern Africa would be discussed.

The @EU_Commission will propose, in close coordination with Member States, to activate the emergency brake to stop air travel from the southern African region due to the variant of concern B.1.1.529.

"It's important to stress that very little is known at this point about this latest strain (so) it's hard to make any informed investment decisions at this point," Bespoke Investment Group’s Paul Hickey said in a note to clients.

"Historically speaking, chasing a rally or selling into a sharp decline (especially on a very illiquid trading day) rarely ends up being profitable, but that isn't stopping a lot of people this morning."