Freeport is down 2.5% today after earnings but the mining giant has some interesting comments on the earnings call with the CEO saying "there's going to be a time when the world is going to be very short of copper supply."
In the past two weeks, the copper market has perked up due to a run on inventories at LME copper warehouses. That's boosted it back to the May highs. 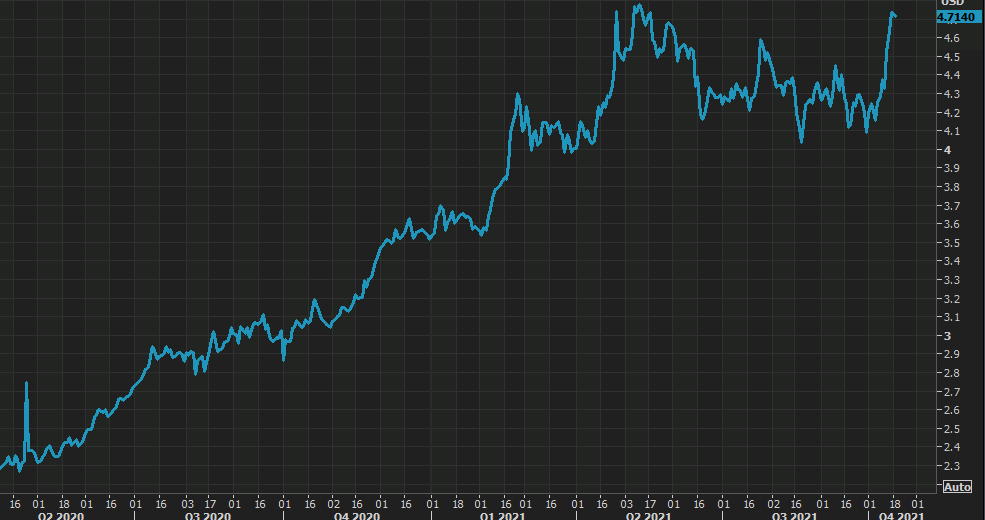 The issue for copper is that there are some big projects coming online next year, so supply is going to outstrip demand.

However in 2023 and beyond it quickly reverses, assuming heavy spending on green initiatives and EVs. The greening of the economy is also the copper-fication of the the economy, leading to about a 20% annual rise in green demand through the 2020s. For instance, an EV uses 4x more copper than an ICE, plus large demand from charging stations.

This is a strong consensus view. In what I believe will turn out to be a seminal report from Goldman Sachs called ‘copper is the new oil' the company said this:

They're far from alone and that’s what the Freeport CEO is getting at.
Compounding the issue is that copper miners are loathe to invest. They're coming out of a six year-long bear market and the only ones who have survived it are the conservative leaders. On top of that, permitting for a copper mine is a nightmare. Goldman estimates that it takes 2-4 years to expand an existing project and 6-8 years to establish a new greenfield project. Goldman sees supply peaking in 2024 before falling 11% by the end of the decade. 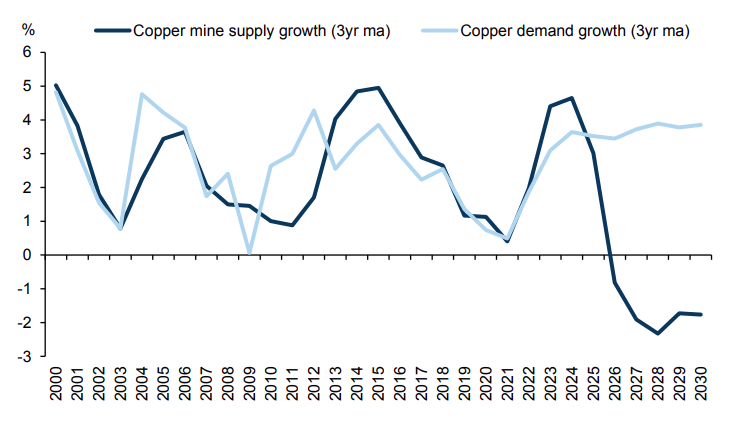 What's especially wild is that copper miners are trading at rock bottom valuations. That creates the incentive to buy back shares rather than investing in new projects. Ultimately, that sets up an even greater spike in prices.