Commodities, Including Iron Ore And Copper, Take A Hit On Potential Collapse Of China's Evergrande 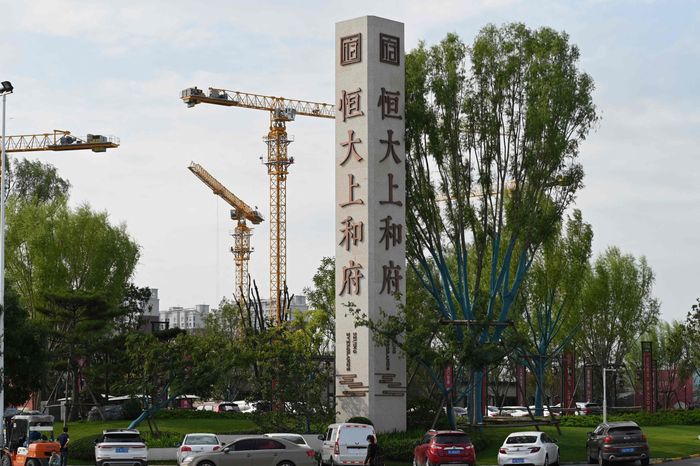 Iron-ore, copper, oil futures end lower as traders worry about China's economy.Prices for some commodities, including iron ore and copper, took a hit on Monday, as the potential collapse of one of China’s biggest property developers fueled worries about the economy, and potential declines in construction and demand for raw materials.The “festering fears” around China’s Evergrande 3333, -11.61% are "raising concerns about a bigger economic crisis in China that could put downward pressure on a lot of the commodities that China consumes,” said Phil Flynn, senior market analyst at The Price futures Group.
Evergrande has threatened to default on more than $300 billion in debt, prompting sharp losses in U.S. and global financial markets on Monday.
Read: Dow skids as implosion of China's Evergrande rattles stock market
Among the big questions: could this be China's "Lehman moment"— one that leads to a situation with more systemic risk than China realizes, and is the country going to be able to contain the fallout from this crisis?” said Flynn, referring bankruptcy of the global financial services firm that contributed to the 2008 financial crisis.
For now, it's "way too early to call this a major crisis,” and the markets may be overplaying the risk to commodity demand, he said. “Only time will tell.”
On Monday, the most-active December futures contract for 62% iron-ore fines delivered to China TIOU21, -0.85% settled at $91.75 per metric ton on the CME, down 8.3%. It’s on track for a monthly loss of 37%, according to Dow Jones Market Data.
Most-active December copper futures HGZ21, -0.14% lost 13 cents, or 3.1%, to settle at $4.115 a pound, trading down 6% for the month so far. In contrast, gold’s safe-haven appeal helped to lift prices for the precious metal on Monday.
“If Evergrande were to completely collapse, the supply and demand equation in the metals market could be whiplashed into a strong imbalance that favors the bears — never mind the potential for additional defaults,” said Adam Koos, president at Libertas Wealth Management Group.
Traders are “wondering if, perhaps, this isn’t a one-off event,” he said. “Should other developers release similar news, concerns…could bleed across the entire financial landscape in China, resulting in a potentially catastrophic cascade of selling.”