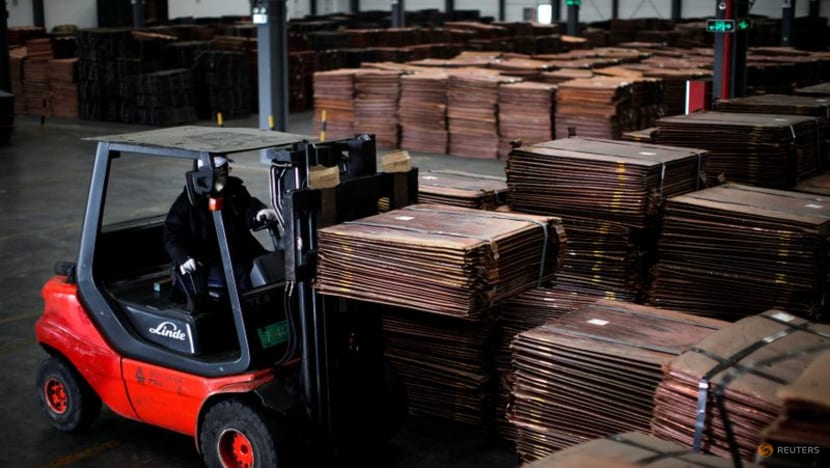 :Copper premiums in China have spiked to a record high as an administrative issue over value-added tax (VAT) on imports exacerbates tight supply amid decade-low inventories in the world’s biggest consumer of the metal.

The premium for physical copper over Shanghai Futures Exchange (ShFE) prices surged to 2,200 yuan (US$344) a tonne on Friday, data from industry pricing and information provider SMM showed.

That is up a massive 80per cent from a more than seven-year peak the previous day and marks highest daily assessment in records going back to 2012.

Copper has recently been in backwardation on both the ShFE and the London Metal Exchange (LME), where prices for immediate delivery are higher than for future delivery. Copper stocks in ShFE-registered warehouses fell 8.2per cent from a week ago to 34,918 tonnes on Friday, the lowest since June 2009.

Compounding the tightness, China’s General Administration of Customs has notified companies, including copper importers, it would this week temporarily stop issuing VAT invoices, three sources with knowledge of the matter said, as it seeks to defer some tax revenue into 2022.

This could discourage buyers from importing copper, Marex Spectron broker Anna Stablum wrote in a note, leading to less metal on the market.

Importers pay a 13per cent VAT deposit on refined copper, one of the sources explained, and may be unable to claim this back for 1-1/2 months as customs will not issue invoices with a value above 200,000 yuan until January, increasing their financing costs.

Customs did not immediately respond to a faxed request for comment.

Stablum said the move by customs had come a month earlier than the usual end-of-year cut-off date and was creating a cash flow problem.

“It has led to a sudden shortage of material amid an already tight market as smelters have been threatening to ship material abroad to ease the LME tightness,” she wrote.