Copper futures rebounded from an early sell-off to pare losses as the Federal Reserve kept interest rates unchanged but offered a glimpse into the policy track for 2022 and beyond. Price had fallen by roughly 3.5% during the European session before staging a remarkable reversal throughout the New York session. Copper has notably been under pressure of late, as a myriad of changes in fundamentals has weighed on sentiment.

A period of declining economic activity in China certainly weighed on metals prices broadly, as the world's largest consumer shuttered its demand for copper. Further uncertainty stemming from the Chinese property sector also hurt the fundamental outlook. With the People’s Bank of China stepping in of late to ease financial conditions, copper may stand to benefit from a near-term shot in the arm for the Chinese economy.

According to the World Bank's Commodity Outlook for 2022, global copper prices are expected to decline by roughly 5% next year as new mines come online around the globe. Despite fresh supply entering the marketplace, copper may stand to benefit in the long run as more countries continue to adopt a renewable/carbon neutral approach. Copper could be the main beneficiary of the ongoing energy transition, and any upside may be boosted by a vibrant Chinese economy. 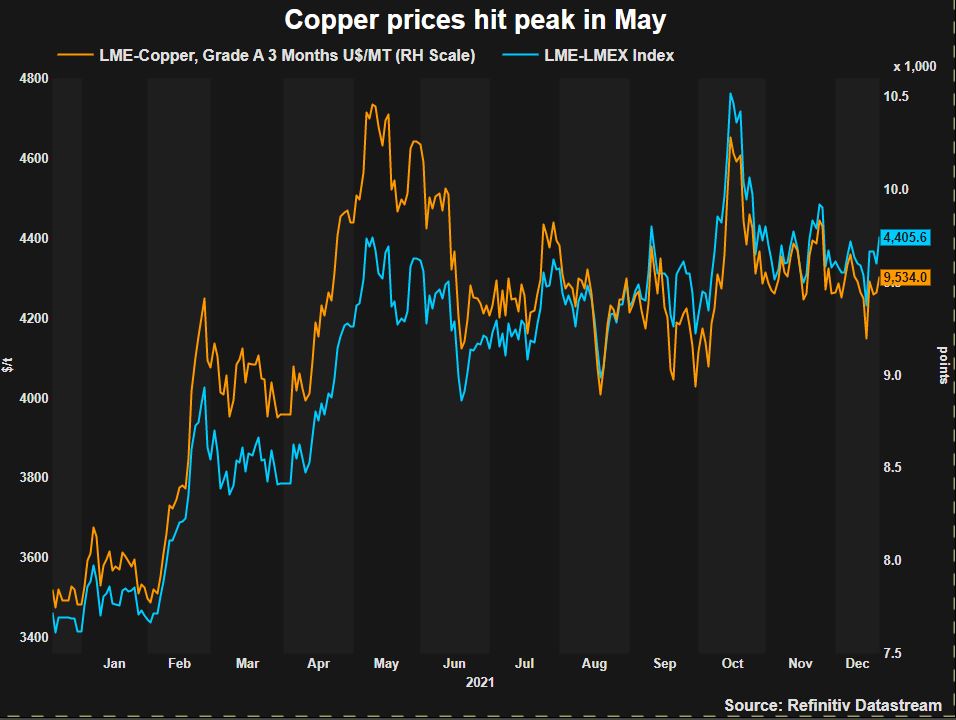 Wednesday’s Federal Reserve policy decision saw the Fed take one step closer to raising interest rates, as the central bank elected for a faster taper of asset purchases. Fed Chair Jerome Powell has come under fire of late as many begin to believe that inflation is stickier than originally forecasted. Tighter Fed policy to cool rampant inflation in the US could be detrimental to metals prices, as demand could suffer as a result of higher borrowing costs.

While we potentially remain months away from any Fed rate hike, the prospect of tighter policy is on the horizon. The Fed may look to target demand in order to restore price stability, and an economic cooldown in 2022 in the United States could potentially push Copper prices toward pre-pandemic price levels below $3.000 per pound.